Humans are aroused by anything and everything. Seriously.

Here are 10 weird fetishes that you didn't know existed.

Dendrophilia is the "love of trees". Whilst many hippies would happily admit to loving trees, dendrophile’s take tree-loving a step further (let’s just say it’s more tree-rubbing than tree-hugging). It is possible the fetish evolves from simply a love of and desire to be close to nature. In fact, some ancient cultures believed trees were symbols of fertility, and some communities performed sexual rituals with, around and (perhaps) on trees.

Whatever gets you off, right? 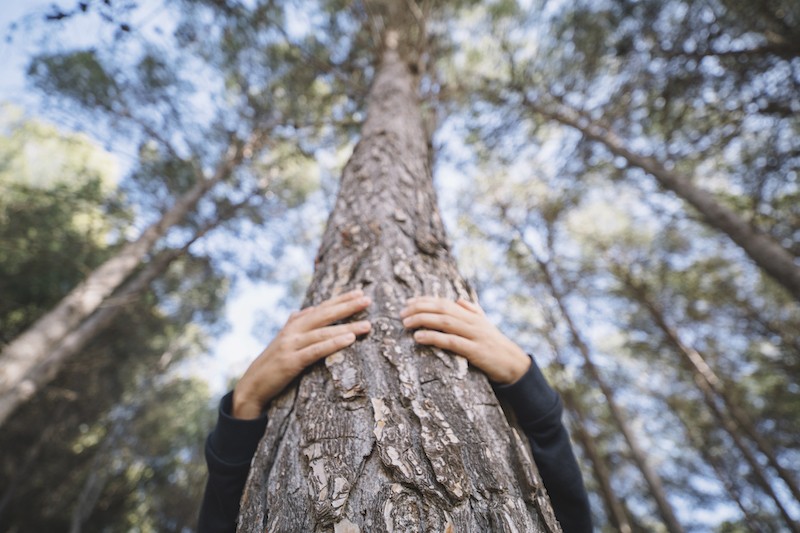 This is otherwise known as Paraphilic Infantilism or Adult Baby Syndrome, and it is one of the most famous weird fetishes.

We all know (and hopefully enjoy) a bit of role-playing in the bedroom. But what would you do if your partner put on a diaper and asked you to treat them like a baby? Well, those who enjoy this weird fetish (often called Adult Babies) get a kick out of acting as and being treated like a baby. This can include cuddling, feeding, crawling on the floor and even simulating breastfeeding. And it is not unusual for those acting the part of the baby to urinate (or more) in their diaper.

Experts believe the fetish can come from people being turned on by humiliation (linking the fetish to masochism), or by dominant/submissive roles.

The adult baby fetish also overlaps with another fetish called Puppy Play… But don’t ask. Let’s take it one weird fetish at a time.

We know that 'bad boys' are sexy. But Hybristophilia is one of those weird fetishes that takes things to a whole new level. Also known as Bonnie and Clyde Syndrome, hybristophiliacs are people who are sexually fascinated by criminals. In particular, they are aroused by someone else committing an offense (oftentimes, the more violent and extreme the offense, the better). You may be familiar with the huge amount of fan mail received by prison-bound criminals. Today there are countless podcasts and other forms of media dedicated to serious criminals (especially serial killers). There is also a history of serial killers marrying “fans” from the confines of prison.

These are good examples of Hybristophilia in action.

Many people have speculated about where the fetish comes from. In the cases of women who are attracted to high-profile criminals, some argue that what they are attracted to, is notoriety and fame. Others say these individuals believe they can save the criminal from their wayward ways, or they simply find the individual's capacity for danger thrilling. Like Adult Baby Syndrome, Hybristophilia is associated with sexual submission and masochism.

Those turned on by serious criminals are often stimulated by the dominant characteristics displayed by those who commit violent crimes. Sex and danger do indeed go hand in hand. 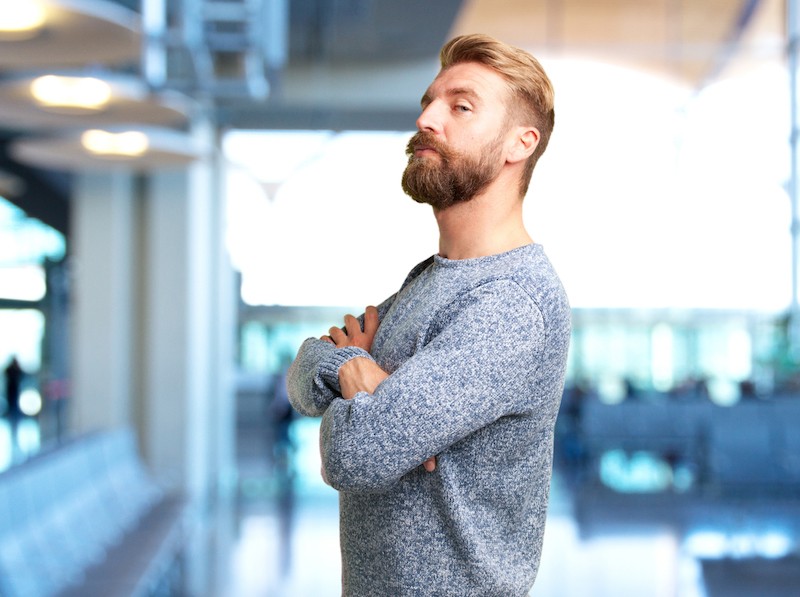 The technical term for a fetish for human flatulence is Eproctophilia. However, a more specific fetish within this is for "Cake Farts".  And yes, this is exactly as it sounds. This fetish literally involves being sexually aroused by someone else farting onto (and into) a cake.

Eproctophilia is a part of the Olfactophilia fetish family, meaning it is related to the deriving of pleasure from smells and odors. Smell is known to be a powerful sexual stimulant (hello, used panty sniffers!), and just as our taste buds vary, so do our smell preferences. Not only does the smell of a fart turn Eproctophiliacs on, but the sound can too!

“Cake Farts” gained fame back in 2008 when a cake farts website released a video of a woman farting, nude, onto several different cakes. The video got the attention of internet users and many people made their own cake fart videos in response. Whilst there are many reasons someone might derive sexual pleasure from a video such as this (food combined with nudity is always fun), sometimes we’re turned on, and that’s that.

There is truly a wonderful world of weird fetishes out there. 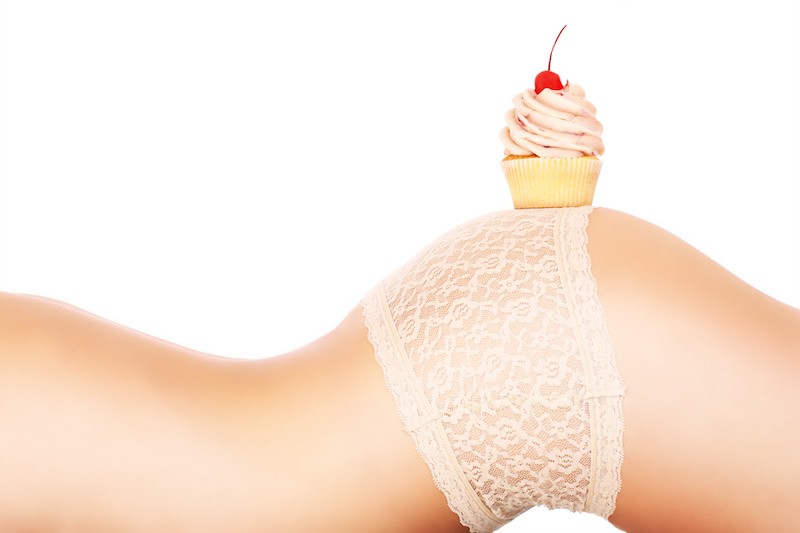 This weird fetish is also a form of exhibitionism. These people get an extra kick out of knowing they might be seen or caught, and from feeling like they are doing something really wrong. And, hopefully, getting away with it.

When you think of exhibitionists you might immediately think of flashers. In other words, men with long coats and nothing underneath. This just proves that so many of us have misconceptions about weird fetishes. Most exhibitionists are people who enjoy being watched whilst having sex or engaging in sexual acts. For exhibitionists, sexual enjoyment comes from either being watched or the excitement of getting caught.

Individuals who practice exhibitionism like to have sex in public, or (to avoid being arrested) they may get a third party to watch them having sex. Exhibitionists’ preferences will vary when it comes to their audience and the extent to which they display themselves. Some of us may be familiar with the excitement of stripping for a lover, which is an intimate form of exhibitionism. Alternatively, exhibitionists may go totally public, and expose themselves at major public events (like streaking at a soccer game).

As masochists and sadists are a match made in heaven, so are exhibitionists and voyeurs. 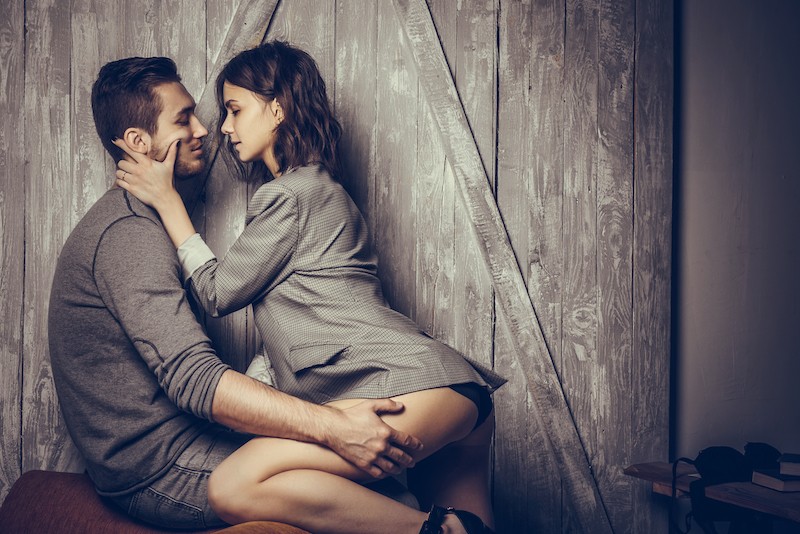 This is certainly one of the strangest weird fetishes, and if you’re one of those people with an emotional attachment towards your childhood teddy bear, consider not reading on. Yes, some people are aroused by teddy bears. This strange fetish is burdened with the awkward name Ursusagalmatophilia, but is also known as Plushophilia, which refers to fetishes involving sexual attraction towards stuffed toys or people in animal costume.

There have been famous instances of ursusagalmatophiliacs being arrested for having sex with teddy bears in public. Some ursusagalmatophiliacs even tailor their toys to better receive sexual satisfaction from them and will have collections of teddys (oftentimes displayed like trophies) to suit their various needs.

If this sounds like something you’re into, you’re definitely not alone. Apparently famous film character and teddy bear Ted has become a sex symbol for ursusagalmatophiliacs the world over.

Everybody has almost certainly heard of sexual roleplaying. For those of you not in-the-know, roleplaying entails you and your partner pretending to be other people in an imagined scenario. In many cases, roleplay is foreplay. It serves to get you and your partner excited, and the story you are acting out more often than not ends in sex. Sounds simple? It can be, yes, but there are also endless sexy scenarios out there, so you can make your roleplay as elaborate as you like.

For some people, roleplay is a way of overcoming shyness. It can be easier to experiment and try new things sexually if you’re pretending to be someone else. For others, it is a way of fulfilling a fantasy. Do you find yourself turned on while watching Pirates of the Caribbean, or do you secretly love a man in uniform?

In many cases, roleplay involves extreme dominance and submission, and this preference for power imbalance is reflected in some of the most popular roleplay scenarios out there: master/slave, teacher/student, police officer/prisoner... and boy does the list go on! This is one of those weird fetishes which truly has something for everyone 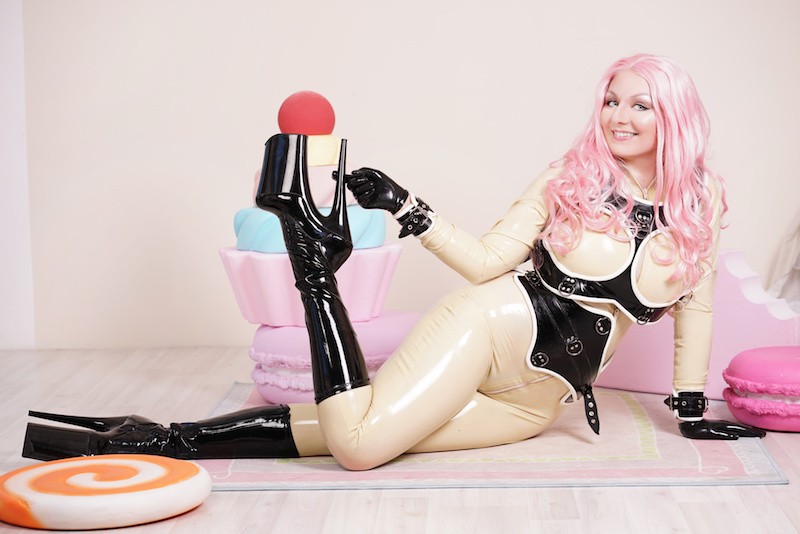 A 'plushie' is similar to a ursusagalmatophiliac but has a more generalized longing for stuffed animals or people in an animal costume. In order to satisfy their fetish desires, many plushies will make a hole in a stuffed animal in order to have sexual intercourse with it. Some psychologists believe sexual stimulation from stuffed toys arises from physical sensation alone (and given the importance of the toy’s physical features to these fetishists, it is unsurprising that the fetish’s name comes from ‘plush’, the material out of which most stuffed toys are made. Others think plushies enjoy the animalistic nature of the act, whilst others get gratification from the feeling of being dominant over a powerless object.