Who Has The Most Sexually Active Culture? 13 Facts About Sex Worldwide

Are French people really excellent lovers? What are the least sexually active countries worldwide? What country has the most sex? And what on earth does “doing it Greek” mean? Stop wondering and start reading! We’ve done sex around the world research - so you don’t have to.

Every country and culture has different norms when it comes to sex. If you’ve lived in one country forever, how will you know if the sex you’re having is less adventurous, satisfying, or frequent than the global average? There’s only one way to find out.

Sex around the world: 13 statistics that might surprise you.

1. What country has the most sex? Greece.

According to two major worldwide surveys which focussed on Sexual Wellbeing and Global Sex, Greek people beat the rest of us when it comes to the frequency of sex. On average they have sex an impressive 164 times per year. Brazil, Russia, and Poland were also among the most sexually active cultures, with Brazil averaging at 145 and Russia and Poland at 143.

2. Only 44% of people worldwide are fully satisfied with their sex lives.

This might seem bleak, but when you think about it, “fully satisfied” is quite a big ask, especially considering the kinky things you’re all into... On the flip side, 60% of people worldwide said that sex is fun, enjoyable, and a vital part of life.

3. Mexicans and Nigerians have the most satisfying sex.

67% of Nigerians are satisfied with their sex lives, and 63% of Mexicans. French people, however, report very low levels of sexual satisfaction. Why is this, we wonder? It’s important to bear in mind that in Nigeria the interviews were done in person, which could have caused those surveyed to inflate their sex lives a little…

And within that, twice as many men as women have regular orgasms. Surprising? Given the more complex nature of the female orgasm, it’s not really that surprising. The countries with the smallest gap between male and female orgasm rates were Singapore, China, and Mexico.

5. People feel the most respected during sex in Mexico, Brazil, and Spain.

Could this be linked to the exciting sex they’re all having in Mexico? Perhaps! It’s easier to have exciting and satisfying sex when you feel respected - also, we always should feel respected!

6. Japan has the least exciting sex - by a wide margin.

Japan is said to be one of the least sexually active countries, and this belief seems to be supported by the finding that only 10% of people in Japan are satisfied with their sex lives. They were also the only country where a higher percentage of people were dissatisfied, as opposed to satisfied, with their sex lives. Down at the bottom alongside Japan were Hong Kong, Germany, and France.

7. People in India have the least adventurous sex.

8. The US is second from the bottom when it comes to having weekly sex.

Only 53% of US citizens reported having sex weekly which means that in terms of frequency, the US is one of the least sexually active countries! They beat only one country, Japan, who reported only 34% of their population had sex weekly. This raises another question, how frequently do we want to be having sex? It’s more than possible to have a satisfying sex life without enjoying intercourse every week.

9. French and Indian people enjoy quickies, while Nigerians and Greeks take it slow.

The average Indian sex-session lasts 13.2 minutes, while a Nigerian couple spends almost twice as long getting it on, with an average of 24 minutes. We already know that Nigeria has one of the most sexually active cultures, and Greece is the answer to the question of what country has the most sex, so it’s no surprise they’re wise enough to take their sweet, sweet time.

10. Asian folk loses their virginity the latest, and South Americans, the earliest.

The average Asian person loses their virginity aged 21.8 and the average south American at 17.4 years. The population of Oceania is the second youngest to pop their cherries, followed by Europeans, North Americans, and Africans.

12. An almighty 46% of Danish people admitted to having had an extra-marital affair.

41% of Norwegian folk, 39% of Iceland, and 36% of Finland also reported having had affairs. Overall, almost half of all married couples in Scandinavia have experienced infidelity. Given the fact that Scandinavia is not one of the most sexually active cultures, they don’t seem to mind sneaking around for it...

13. English speakers get the kinkiest.

English speaking countries had the highest percentage of people who had used blindfolds, masks, lubes, and vibrators during sex. These countries also overwhelmingly get the most Google searches for “sex toys”. Well, we know what we want!

So, what have we learned?

Apart from the fact that we want to move to Greece, the most sexually active culture, immediately, we’ve learned that everyone is up to a whole range of naughty things all over the globe!

Our sex lives are totally up to us as individuals. Nonetheless, it’s interesting to look at how attitudes towards sex can differ hugely between otherwise similar cultures and to think about the cultural and societal factors that influence our sexual behavior.

What would happen if we took a closer look at the impact things like sex education, views on sex outside marriage, or even the weather has on our sex lives worldwide? Stay tuned! 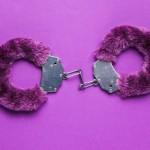 Why Sex with Handcuffs Will Never Go Out of Style

Is there any sex toy more classic than the handcuf…

Everything You Need to Know About Vagina and Clit …

How to Finger a Woman? Avoid These 6 Common Mistak… 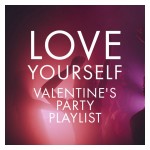 It’s been a strange year for love and sex. Whether… 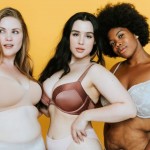 11 Ways to Be More Sex-Positive

Few things are more uncomfortable than watching a … 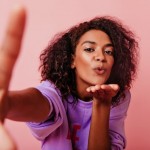 How to Take Irresistible Photos For Your Pantydeal…

Yes - a picture does say a thousand words! Taking… 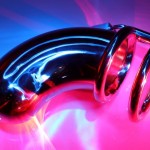 What is Male Chastity and Can it be… Sexy?

When you hear the word “chastity”, you might think…

5 Things To Know Before Starting a Panty Business

Welcome to Pantydeal. And congratulations on takin… 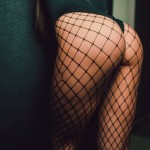 The nylon fetish is all about nylon as a material.… 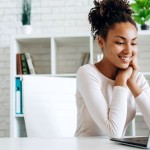 The used panty business is a business like any oth…